We just spent a glorious long weekend in Florida in the heat, don’t worry New Yorkers, you weren’t the only ones suffering. It’s so hard to come back especially in the middle of a work week.

I wish I took more photos from our trip, but here are some highlights.

Escapology – a real-life escape game where a group of up to 5 players are “locked” in a themed room and must work together to find hidden objects, uncover clues, and solve puzzles to find their way to “freedom”. I use “locked” and “freedom” because the game master (the girl who was watching us stumble through the clues and helped us escape) made sure to tell us many times that we weren’t actually locked in the room. 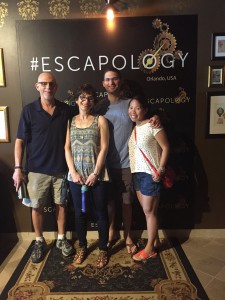 Orlando Eye – we didn’t actually go on the Eye but it was pretty neat seeing it up close and how different/similar it is to the London Eye. 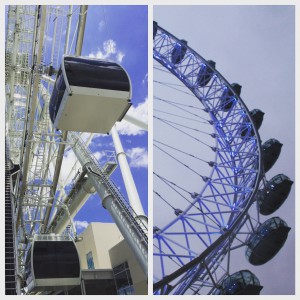 The Great God Pan (I just liked this review I found online) – we came down to Florida this weekend specifically to see Josh’s mom in “The Great God Pan” at a local community theater. She played the role of Cathy and was incredible. It was my first time seeing her in a play and I loved it, and all the cast.

So much eating – my favorite is Jason’s Deli. I love the salad bar and wish they would open a location up north (Jason’s Deli, if you’re reading, please consider this!). 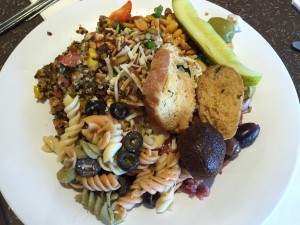 And some running and swimming – man it was brutal to run outside. I tried the first day and was able to survive almost 4.5 miles but couldn’t bear to go further. I finished the run the sweatiest I have ever been on a run (even more so than the Miami Marathon). No matter what time in the morning, even at 6AM, it’s already 80 degrees and nearly 100% humidity. The second day, we all went to the gym and running on the treadmill was way better. I missed my long run this weekend but I did make up for it with hours in the pool (now that’s what you do when the weather is so hot). We bought this noodle at Costco (for much less than what Amazon is showing) and it is best noodle in the world of noodles! 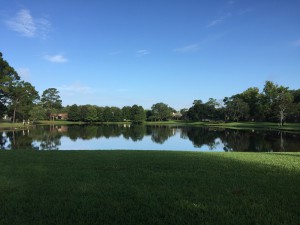 A trip to Costco – I mentioned the noodle, but that wasn’t the reason we stopped at Costco. Never mind the reason. All that matters is that for urban folk, we get sucked into Costco and want to buy everything. We didn’t buy the king crab legs but I was so amused by how big they were that I had to take a picture and share. 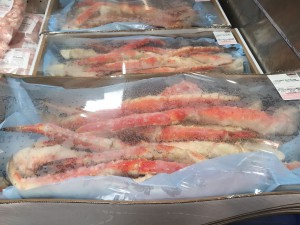 A game of Monopoly – when it gets hot and rainy out, a board game and air conditioning is just what is needed. I wish I had a picture of our board, but the short story is I won. I never win especially when I play against Josh. My strategy: own all the railroads and then hope the other players land on them!

Anyway, back to reality and the heat. Tell me something fun about your weekend.